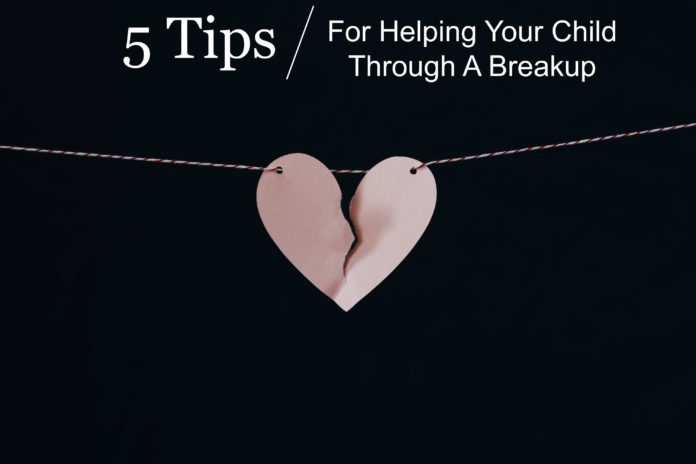 Parents who have been there and survived difficult break-ups and sometimes make-ups with their children share the 5 most important things to remember when helping your child through a breakup.

This sounds so obvious but let your son or daughter vent, get it all out at once or in bits and pieces and simply be a sounding board.

2Don’t Say Anything Negative About The Ex

As much as you think it is over, you just never know.  Saying something negative about their ex could come back to haunt you if they get back together in a few days, a few weeks or a few years.

To shop, to watch a movie, get ice cream, to go to a baseball game – whatever their thing is they would like to do to stay busy and keep their mind off of the relationship, be there for them.

When they are ready and things have calmed down a bit.  Share your perspective and experience.  It isn’t the end of the world, even if it feels like it is at the moment.

5If Moving On Is Proving To Be Difficult Get Help

Sometimes heartbreak can be difficult to move past.  If you feel like your child isn’t progressively feeling better – not engaging with friends, having trouble in school, spending a lot of time alone, anything out of character for them, find someone for them to talk to.

Parent’s Perspective After The First Break-up

The number one thing each parent said they would remember for the future is not to get so attached to who their son or daughter is dating.  “The break-up was really hard and I found myself sucked into all of it after they broke up.  He had become like family.”  Another parent said “She was like the daughter I never had.  I never expected to like her so much, we just did.” All agreed that with future significant others they would certainly enjoy and be welcoming to whomever their child was dating but all the while being aware that it very much may be temporary and to just enjoy them for the moment until there is a ring on her finger.